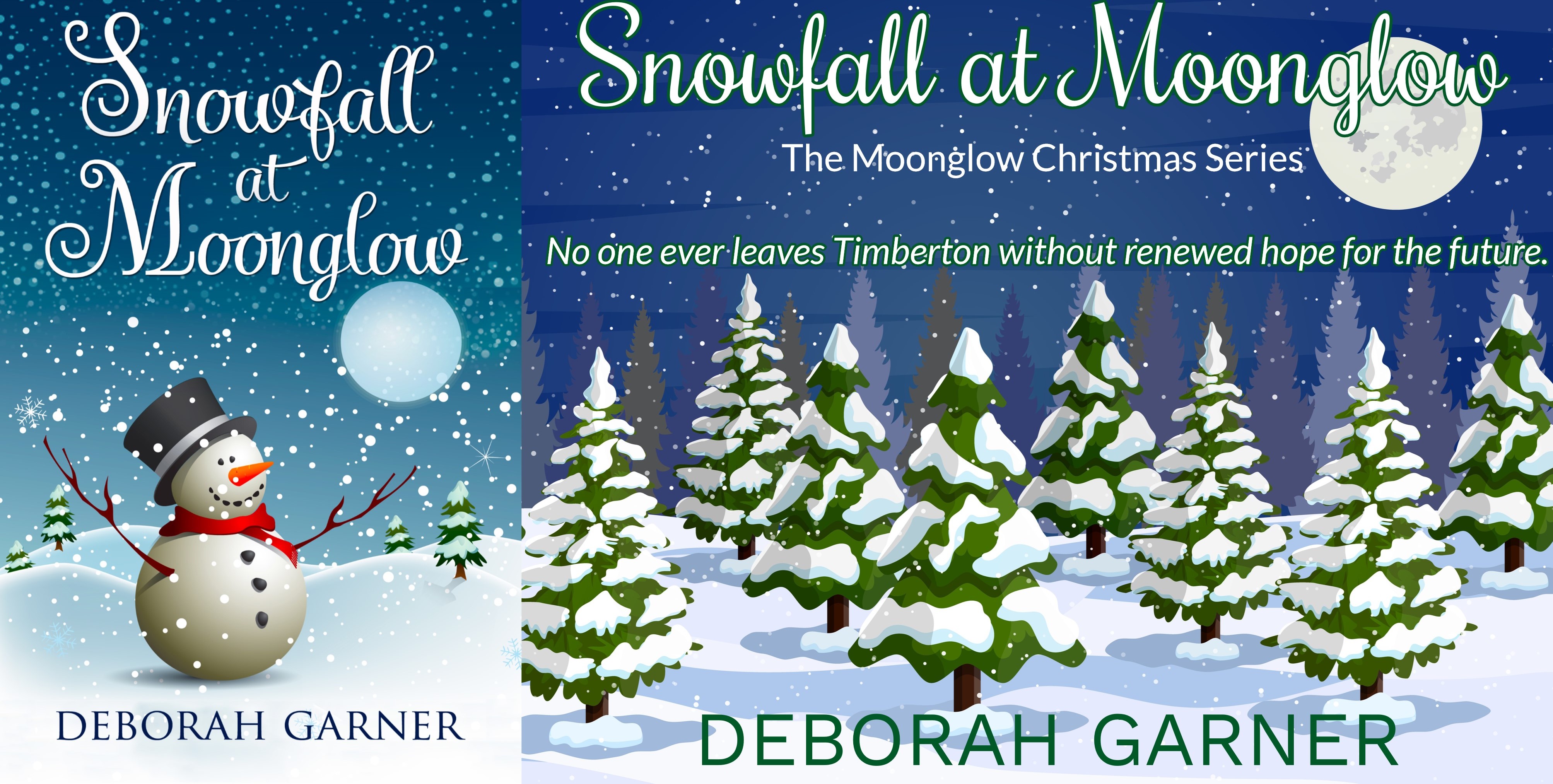 I just returned from an afternoon spent at the Timberton Hotel in Montana. Well, not really, but that is one of my favorite things about a good book, it takes you away from reality for a little while. Mist, Betty and the rest of the gang are doing great.

This is the 5th story in Deborah Garner’s Moonglow Christmas novella series. It is a heart-warming story set at Christmastime that shows the importance of simple kindness & caring is to people. I’ve read and reviewed all of them, and they are all similar yet quite different. I look forward to them each year, reading it ushers in the Christmas season for me. END_OF_DOCUMENT_TOKEN_TO_BE_REPLACED 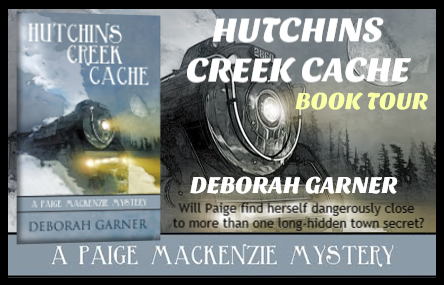 Paige Mackenzie is a reporter for the Manhattan Post. Her next assignment will take her to Colorado, not too far from her boyfriend, Jake in Wyoming. She plans to make it a ½ work trip – ½ romantic getaway when Jake agrees to meet her in Hutchins Creek, CO.

The assignment Paige is working on revolves around the history of the railroad and the Old West. Sounds simple, but nothing is simple when Paige is involved … trouble just seems to find her. She has a naturally curious personality, which makes her a good investigator / researcher for her writing assignments. Her friendly and outgoing nature puts people at ease. They are comfortable sharing info with her, helping her to put all the facts together to solve the mystery. The mystery in this case revolves around an old train car named “The Morning Star” and an unsolved gold coin robbery at the Denver Mint from nearly a century ago. Will Paige solve it? You’ll have to read it to find out for yourself 🙂

Deborah Garner is a great story teller. Because of the detailed research she puts into her books, I always learn new things. She describes her settings so that you almost feel like you are there too. You feel like you are with Paige as she talks to people and does the research for her article.

I really enjoyed this book, and look forward to more Paige Mackenzie mysteries 🙂 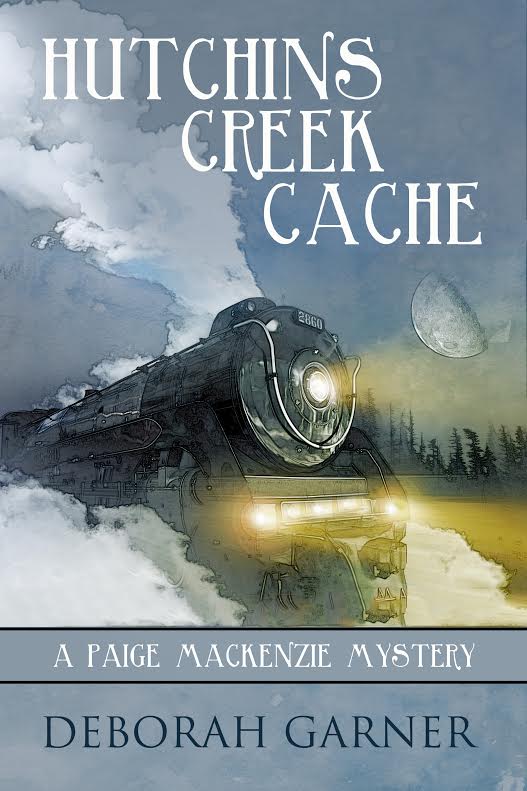 Paige MacKenzie heads to the town of Hutchins Creek, Colorado, to research Old West railroad history for The Manhattan Post, with plans to meet up with her favorite cowboy, Jake Norris.

When a mysterious coin from the 1920’s is discovered behind the Hutchins Creek Railroad Museum, Paige starts digging into four generations of Hutchins family history.

As legends of steam engines and coin mintage mingle, will Paige discover the true origin of the coin or will she find herself dangerously close to more than one long-hidden town secret?

“Can’t say enough about this book! Wonderful! Deborah Garner is a wonderful writer! She makes you feel like you are right there with Paige and Jake. I loved the setting of Hutchins Creek and the characters were all great. I was on pins and needles and even shed a tear or two. I can’t wait for more of this series!”  – review from Goodreads 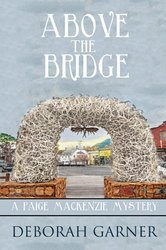 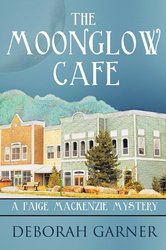 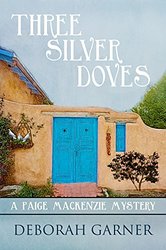 “This book held my interest from start to finish. It was beautifully written with such great descriptions that I could picture the town and landscapes.” – review of Above the Bridge

“Delightful . Loved the explorations into the old mines and the side love stories. Mist was a special person with exceptional insight.” – review of The Moonglow Cafe

“The author does a great job in vividly describing the resort, town and surrounding landscape, she makes you feel like you are actually there. She also has a gift for making her characters come to life.” – review of Three Silver Doves

Above reviews from Amazon.com

Deborah Garner is an accomplished travel writer with a passion for back roads and secret hideaways. Born and raised in California, she studied in France before returning to the U.S. to attend UCLA. After stints in graduate school and teaching, she attempted to clone herself for decades by founding and running a dance and performing arts center, designing and manufacturing clothing and accessories, and tackling both spreadsheets and display racks for corporate retail management. Her passions include photography, hiking and animal rescue. She speaks five languages, some substantially better than others. She now divides her time between California and Wyoming, dragging one human and two canines along whenever possible. 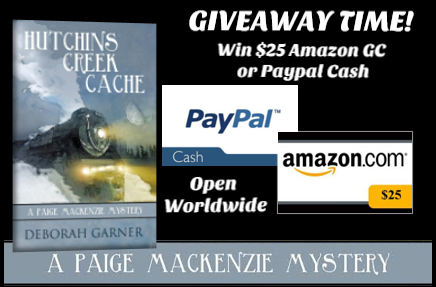 Ending on Saturday 8th October at 11.59pm EST
Enter Below and Good Luck !!

AT Dusk is Book 5 of the Alex Troutt Thriller series. As you may know, I love reading series and always try to read them in order. That being said, each book in this series can be read as a stand-alone novel.

When a gruesome murder that is eerily similar to an unsolved cold case from a decade ago is discovered, Alex and her team at the Boston FBI headquarters are teamed up with a local Police Dept. Since Nick got injured while trying to bring in a suspect for questioning, Alex will be working closely with Somerville PD detective Terri Askew.

John Mefford always does a great job of building his characters, and this time is no different. He does a great job sharing the dynamics of the relationship that develops between these two strong, independent woman.

These woman team up to catch the psychopath that has been killing “ladies of the night” and cutting their eyes out. They arrest a suspect early on, but then have doubts if he is their killer. He is definitely guilty of something, but something just doesn’t seem to add up. Could they be working two cases simultaneously?

I’ve read and reviewed the previous 4 books, and just like those, I love all the twists and turns in this thriller 🙂

A little boy makes his first kill—and he likes it. He is cunning, charming, and without remorse.

He is a sociopath.

As boy turns to man, what lies inside takes root. He will make a mark on Boston unlike any other, and FBI Special Agent Alex Troutt must figure out how to stop him.

But when she and her close-knit team move in closer, the stakes become much higher as the case takes on a more personal tone. It’s a frantic race to stop a manipulative killer before his web of deceit and destruction escalates into a blood bath of haunting proportions.

“Alex Troutt is quickly becoming one of my favorite fictional characters. I love how she’s constantly having to balance her family life and her job, even though her job is continually threatening to take over.” – Sonya N

“I simply love every single one of John Mefford’s novels. They keep you on the edge of your seat reading late into the night.” – Michele B

“Intrigue and attempts at revenge for long held grudges – the twists and turns keeps your adrenalin pumping.” – Tracy C

above reviews from the Alex Trout Series

Also available in the series…

FREE for a limited time!